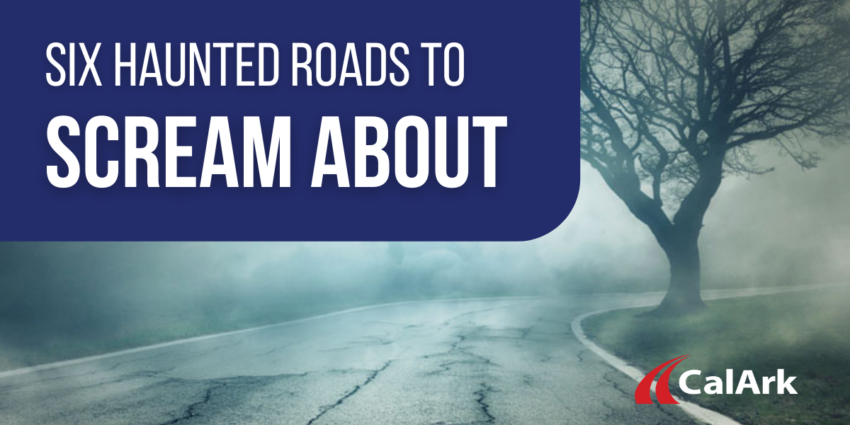 SIX HAUNTED ROADS TO SCREAM ABOUT

Many truck drivers like this line of work because it takes you through some of the most beautiful parts of the United States. However, when your route takes you through some of the more deserted back roads and empty towns, things can start to get a little creepy! We’ve found six roads around the country that are known for their paranormal activity -- drive them if you dare!

Route 2A in Maine is known for being haunted. There’s even a song written about it called “A tombstone every mile”, by Dick Curless. It’s a dark road with lots of sharp turns and blind corners, made even more dangerous in the wintertime. Rumors say that people have seen a woman screaming about her husband trapped in a vehicle, but she disappears when people stop to help. Other drivers have said they’ve spotted a young girl on the side of the road, but there are no homes or businesses nearby.

In Northern California, Highway 299 is said to be one of the most haunted roads in the U.S. It’s a long, less-frequently traveled road that passes by a lot of small old towns, which is why this highway is notorious for lots of spooky stories. Perhaps the most haunted portion is supposedly the five miles between Old Shasta City and Whiskeytown Lake. Old Shasta City was a bustling town during the gold rush. Many of the town’s buildings still stand, deserted and eerie, and can be explored by those who dare. Nearby Whiskeytown, also once a busy mining town, flooded after a dam was built in 1960. While some buildings were moved to higher ground, on clear days, you can see the outlines of buildings that now sit at the bottom of Whiskeytown Lake. These empty and deserted towns are said to be haunted by many ghosts from the past.

The current Sunshine Skyway Bridge that separates Tampa Bay and the Gulf of Mexico is 5.5 miles long. The original bridge was hit by a cargo ship in 1980 during a storm, causing a partial bridge collapse. A Greyhound bus and several cars fell into the water below, resulting in 35 deaths. Ghosts of the lost souls have been said to haunt the old parts of the bridge and some people claim they’ve heard the sounds and smell of a bus driving by.

Beware of hitchhikers in Rehoboth, Massachusetts, along Route 44. Some drivers say a bearded man with dark eyes who looks like he was in a car crash has mysteriously appeared and disappeared inside vehicles driving by.

Known as the “Devil’s Highway”, Route 666 runs through Colorado, New Mexico and Utah and has drastic changes in altitude, many curves and runs along several steep cliffs. For years, people credited the highway’s high number of accidents to its name, telling stories about haunted semi-trucks running motorists off the road, faceless hitchhikers, UFOs and more. Route 666 had its name changed to Route 491 in 2003 and the number of accidents and fatalities along this road have reportedly dropped since it was renamed.

Do you think these stories are due to overactive imaginations or are they real? If you’ve got paranormal stores from your time on the road, we’d love to hear them!